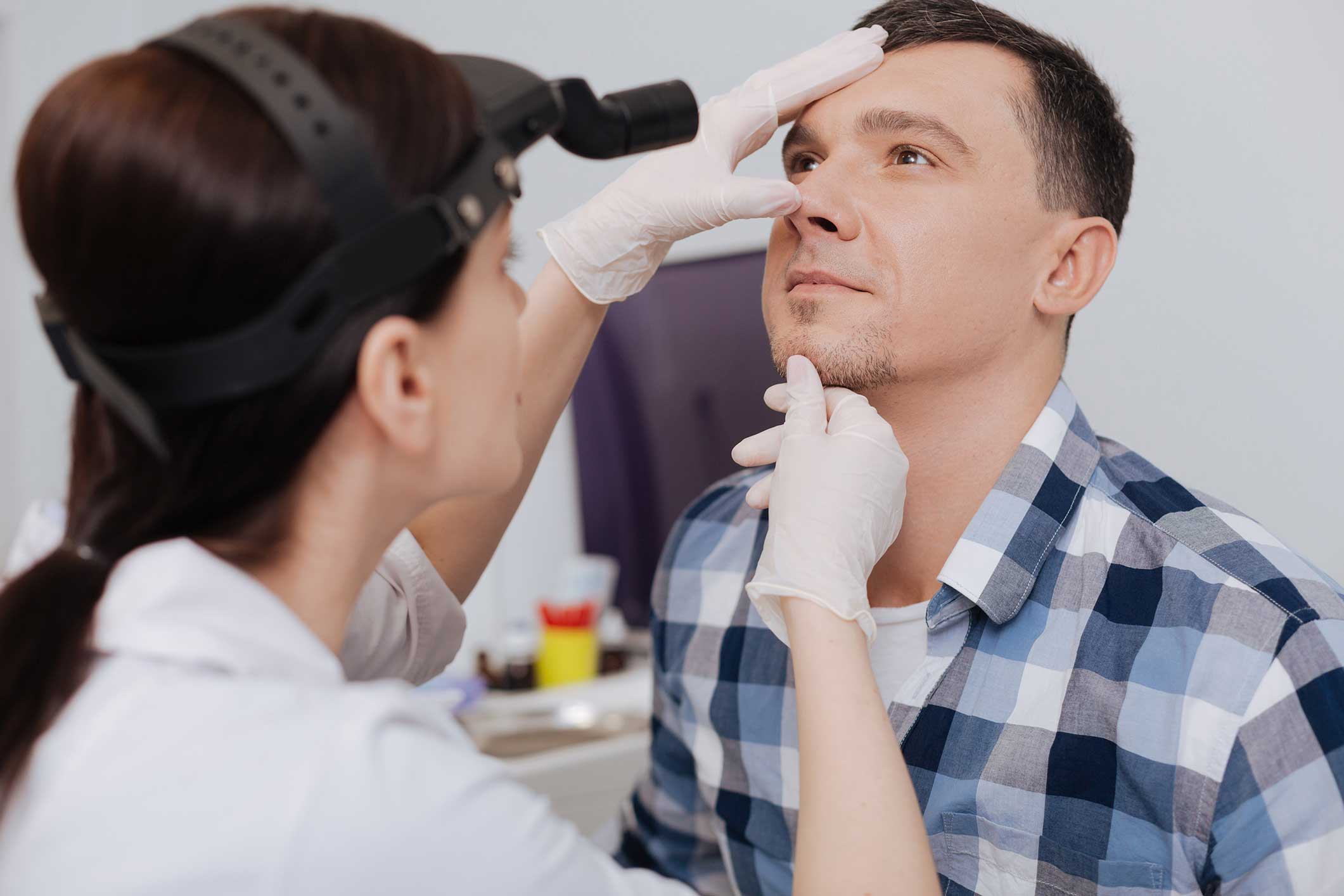 Do Nasal Polyps Need to Be Removed?

Polyps are growths that occur in various parts of the body, including the colon, ear canal, stomach, and nose. Even though most polyps are benign, they are still carefully monitored and usually removed since any type of abnormal cell growth can eventually lead to cancer. Polyps can also cause difficulty when breathing, chronic stuffiness, postnasal drip, and even pain your face and teeth. So even in cases where the polyp isn’t malignant, you may want to remove them for quality of life issues.

What Is a Nasal Polypectomy?

The first step in treating nasal polyps is for your ENT to perform a biopsy and determine if the polyp is malignant or benign. If your ENT decides that the best course of action is to remove the polyp, then you will have a nasal polypectomy.

How Are Nasal Polyps Removed During Surgery?

This type of surgery is endoscopic since it involves using a small tube with a camera and magnifying glass to find and see the polyps clearly. Small instruments are then used to remove the polyps, which typically do not grow very large in the nasal cavity.

How Long Does It Take to Recover from a Nasal Polypectomy?

Recovery from a nasal polypectomy is very similar to a septoplasty; your nose will be packed to stop the bleeding and the packing will be removed before you leave the hospital. Your ENT will most likely tell you to take aspirin for the pain, and you will be back to normal after about two weeks.

What Are Alternatives to Nasal Polypectomy?

Already tried nasal sprays, medication or procedures for nasal polyps?  Still can’t breathe comfortably? Wish there was some other effective and easy alternative?

Sinuva is a non-surgical implant delivery system placed in the nasal opening to treat nasal polyps. Sinuva is a simple treatment option performed in the office and clinically proven to reduce nasal polyps.

Sinuva nasal polyp treatment is a 2 in 1 approach which both opens up the sinus as well as allows the anti-inflammatory medication to be released up to 90 days.

Because the Sinuva implant allows the medication to be released directly into the tissue where the polyps grow, the relief from the stuffy, congested feeling is almost instantaneous. Sinuva is done in the office, so recovery time is quick.

Do you suffer from nasal polyps?Call us today.